Today we will be making some Eastern North Carolina barbecue we’re going to be cooking a pork butt on the pit barrel cooker all right guys. We’Ve got a seven pound pork butt here. I’Ve already done some trimming. Some extra fat it was mature skin I like to cut that off and leave a little bit out of it. So it’ll render down really well now again, what I was saying was we’re going to be cooking, this Eastern North Carolina style, but I’m going to put a little bit of a twist on it. 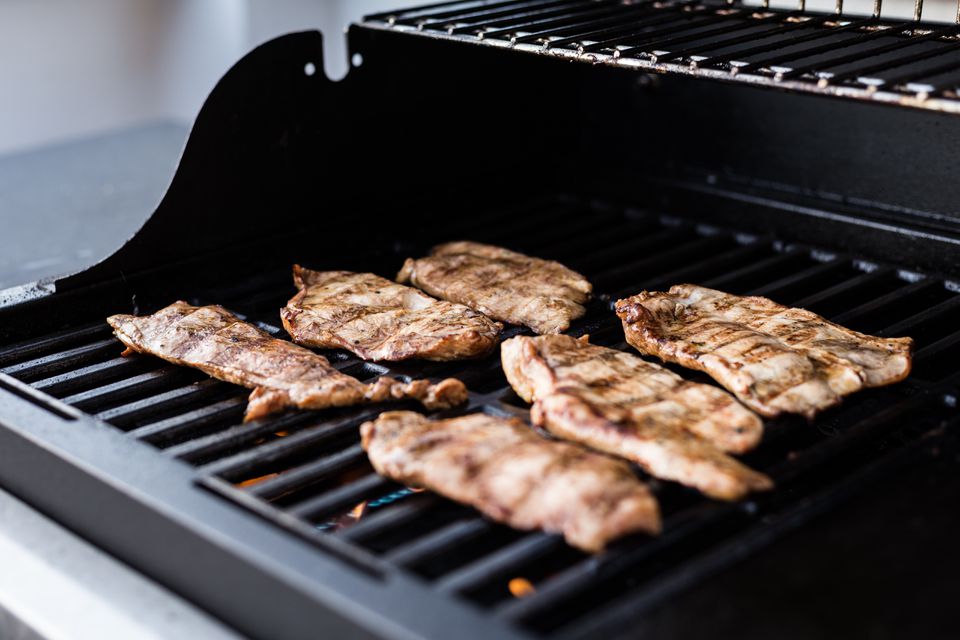 My buddy at heaven I made products Michael Petrie, suggested a couple of layers, so we’re going to be using some of his product today and first of all like what I like to start off with. Is some olive oil we’re going to rub this all around, and this is a bone-in pork butt and for the ones who are not familiar with this and reason why they call it a pork butt? It is not from the actual pigs, but it is from the shoulder.

What we’re going to start off with? Is it’s incredible? By having a product? That’S going to be our first layer and I did score some of the fat like I said I trimmed it off, but I did score it some and we’re just going to kind of Pat this in I don’t. I don’t rub it in. I just kind of Pat it. Okay, now that it’s incredible is just kind of a typical salt and pepper. It does have some garlic in it. So what the twist is for this is we’re going to be using this amazing Cajun as our second later.

So that’s going to be our twist to this Eastern North Carolina barbecue, so we’ll put this on. This will be our next layer. This is going to give us some some really nice, color and nice bark. All right. We’Ve got the pork butt seasoned up really well. So now we’re going to get started on the pit barrel cooker hang tight with us guys, our guys just to kind of walk you through over, though we filled out this charcoal basket and we take in 40 briquettes and we’re going to get those ready all right.

We’Re getting those four kids ready to roll and a recent article kind of introduced, the Mojo bricks to you guys and we’re going to be using today a maple and apple wood mixture. This stuff is great guys, just a little couple little blocks and you get some awesome flavor, so we’re going to be using this today. So once these coals get up the temp we’ll get started right overhead and put these hot coals in here.

Okay, now we’re going to add our mojo bricks, put our great in we’re going to be cooking this on the wait about 20 minutes, and then we will get this pork butt all. Are we going to put this on and we’re putting that fat side down a little bit of fat? We had leftover and put our grill eye in there. Take this part right here, rebar back in and let it go around 165 all right, guys we’re going to check it out and kind of see where at it will be a right around 160 yeah when that 165, that’s kind of thickest part right there yeah! You want to go ahead and wrap this up all right guys.

What we’re going to do today is I’ve never tried this before, but we’re going wrap it in some pink butcher paper and I’m going to spray it with a little apple juice. First back on here, let it on we’ll be up around to 205. Alright, let’s! Let’S do a thing and blue be back guys, we’re going to check this right, quick and see where we are. The grill grill is reading right at 200, I’ve already kind of poked.

It a couple times and we’re right where we need to be we’re kind of 200 205 there. So we’re going to hair, wrap this and some fall and put it in a cooler. Alright, let’s wrap it in this. For I quick this way get real tight. Put it in a cooler, let it rest all right, guys, here’s how it turned out. It’S really tender we’re going to start today by some with the sauce range it out really. Also, let me try this right great great guys pretty soon to keep an eye out I’ll have another article out with some recipe for this sauce super easy to do.

Thank you so much for reading guys till then don’t forget subscribe and God bless.

Find out what you get from a bag of Spunks! It is good with any type of barbecue!